Over the years of filming wedding videos in Kilkenny/Carlow, and of course my own county of Tipperary, I guess you could say I have seen it all! The poor old Celtic tiger weddings were great for all the frills, helicopters, BIG chocolate fountains (and I mean big ones!), 300+ at the weddings, fifty-Euro notes being thrown in over the counter at a bemused bartender, with the owner of the 50 shouting ‘Take it all out of that!’ The honeymoon had to last 4-5 weeks – and they were gone further than Tramore! Wedding cars traveling to weddings the length and breadth of Ireland. The same with wedding bands; how many times have I asked the band members where they were from – Dublin was the answer most of the time. The task of getting these suppliers from all over the country was not an issue, nor was the cost….

Well, someone ate that tiger as you know. But as the last few years leveled out, people getting married learned how to budget all over again. Well maybe no harm was done there. I wont say things were gone mad; people were gone mad. So, with things improving some – so we are told by our leaders – but not a lot, people can now see where they stand. And I don’t mean at the alter, but what they can afford.

Of course, you have to enjoy your wedding day after all the planning. But, in recent years I have come across lots of little details that the bride & groom had made, such as a simple tree branch to hold the names of the guests with their table number on it. I saw a great one lately in the New Park Hotel Kilkenny – an old suit case with all the guests names in it, but mixed up, and it was handed around to pick out their names they had great fun in the bar doing this.

But it’s great to see the old chocolate fountain back. It’s a great treat for all, as was the one last week in the Lakeside Hotel in Killaloe. The chocolate fountain was in full swing; the usual chocolate covered  kids, and there’s always a few guys licking their fingers and trying to get the mess off their ties. We cant forget the sweet cart: Where would the adults – I mean the kids – be without a wedding sweet cart? Another great little treat, and even on more tighter budget times, the sweet cart made its way to 80% of weddings I have filmed.

The honeymoon: Well as I said Tramore is out of the question this time of year! But the Cayman Islands, I hear, is the top spot to be seen in at the moment. So after all the years of planning your wedding, it’s the place to be spoiled, and I believe the weather can be good there 🙂  The second choice among the couples is a jaunt to Florida, a Caribbean Cruise & New York City – ladies, don’t forget Macy’s. Nice one!

So here’s to more stable times, well planned weddings, keep to the budget, and have a fab day!

My idea of creating a website  just for wedding videography services  in Kilkenny  following feed back for brides and grooms around Kilkenny & Carlow areas has been a huge success for me. Bookings have been pouring in from the areas I have targeted, and of course its a huge thank you to all the couples that have me booked for this year – 2016 – 2017 and I got my first 2 booking for 2018 ! this morning in Kilkenny so happy days there so that’s my little bit of feedback on the site, as one bride said  to me today pity  some other Wedding videographers  did not think of it earlier… well they are to late now !

Now talking about Kilkenny, I filmed a lovely wedding there 2 weeks ago for Kelly O Shea & Brandon Walsh, both Kilkenny people, Kelly admitted  she priced and looked at samples of other “video” guys but she loved the way my footage flowed  and of course my prices, which was very important  to her and everyone these days along with my invisible way of filming their wedding day.

A quick call to Kelly’s home the morning of the wedding which is just across the street from  St. Mary’s Cathedral in Kilkenny city was a must, its where the fun begins for me  on a wedding day, as everyone is so excited with the make-up people there , the friends and family calling its a real buzz, Kelly kept no one waiting and the day ran like clock work. John Delaney their photographer was all ready there when i arrived, John is a fantastic photographer and also owns  Johns photo boot  we meet  quite a lot at weddings in and around Kilkenny, and of course we both recommend each other to couples which is a great way to network. Brides in Munster, Tipperary and Kilkenny’s  wedding supplier  website was also a part

After the lovely ceremony by Fr Willie Purcell    who is great fun and makes every couple relaxed with his approach, o yes and he also commented on how unobtrusive  I was …. just thought I get that little bit in  there 🙂  we went to Kilkenny castle for the photo shoot and what a day for the Castle grounds , which is rare these days with our Irish weather, we got some lovely walking shots of Kelly and Brandon and where would you be without the famous  water feature  in the grounds of the castle, As John was taking the last few photographs I made my way to no other than Langtons  house hotel in the center of Kilkenny city, where my good friend Sean was on hand with the champagne, Sean is a great guy makes sure all is going smoothly on the day, myself and Sean go back a long way and he always recommends me to couples who is booking their wedding at Langtons if you look at their wedding sheets Wedding video Kilkenny is number one on it for wedding video.

Well that’s all for now i’m afraid, as we have a load of editing to get done and my main editor Breda is dowloading a fresh wedding video to the timeline, with 3 more weddings this week – end,  New park Hotel Kilkenny  Thursday |  Hotel Minella Clonmel Friday|  Dundrum House Saturday, but its great  ALL local, 1 from Kilkenny and 2 from my home area of Cashel so happy days. and a thank you to Kelly and Brandon for choosing weddingvideokilkenny.com  to film their wedding day in Kilkenny, but I’m sure I will meet this very popular Kilkenny couple at many more wedding in Kilkenny and Tipperary along the way  ~ Joe  o yes below is  a little feed back Kelly left on my face book ……

“Just watched our wedding dvd for the 100th time!!! What can I say joe thanks so much you, captured our day perfectly amazing start to finish and your such a gentleman thanks so much absolutely fab job I’d highly recommend you and that’s from th bottom of my heart 💜💜💜💜”

Hi Joe. What an exceptional job you did with our wedding DVD, we can't thank you enough - it was just spot on. What's more, we thoroughly enjoyed you and you really helped us with how the day rolled as we hadn't a clue! We are pure delighted with the DVD and your attention to detail. You caught the little things which were big jobs for us to pull off and people may not have even seen them on the day! We would highly highly recommend you. To think at one stage because of budgets I wasn't going to have a Wedding DVD, what a mistake that would have been. The day goes by in a blur and once it's all over and done, the video and photos are all you have left to piece it all together. Can't wait to watch it all again

Over the years in the videography business here in Kilkenny and Tipperary  I... END_OF_DOCUMENT_TOKEN_TO_BE_REPLACED

Last week I had the pleasure of filming a... END_OF_DOCUMENT_TOKEN_TO_BE_REPLACED

We are the best ! 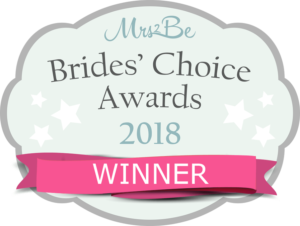 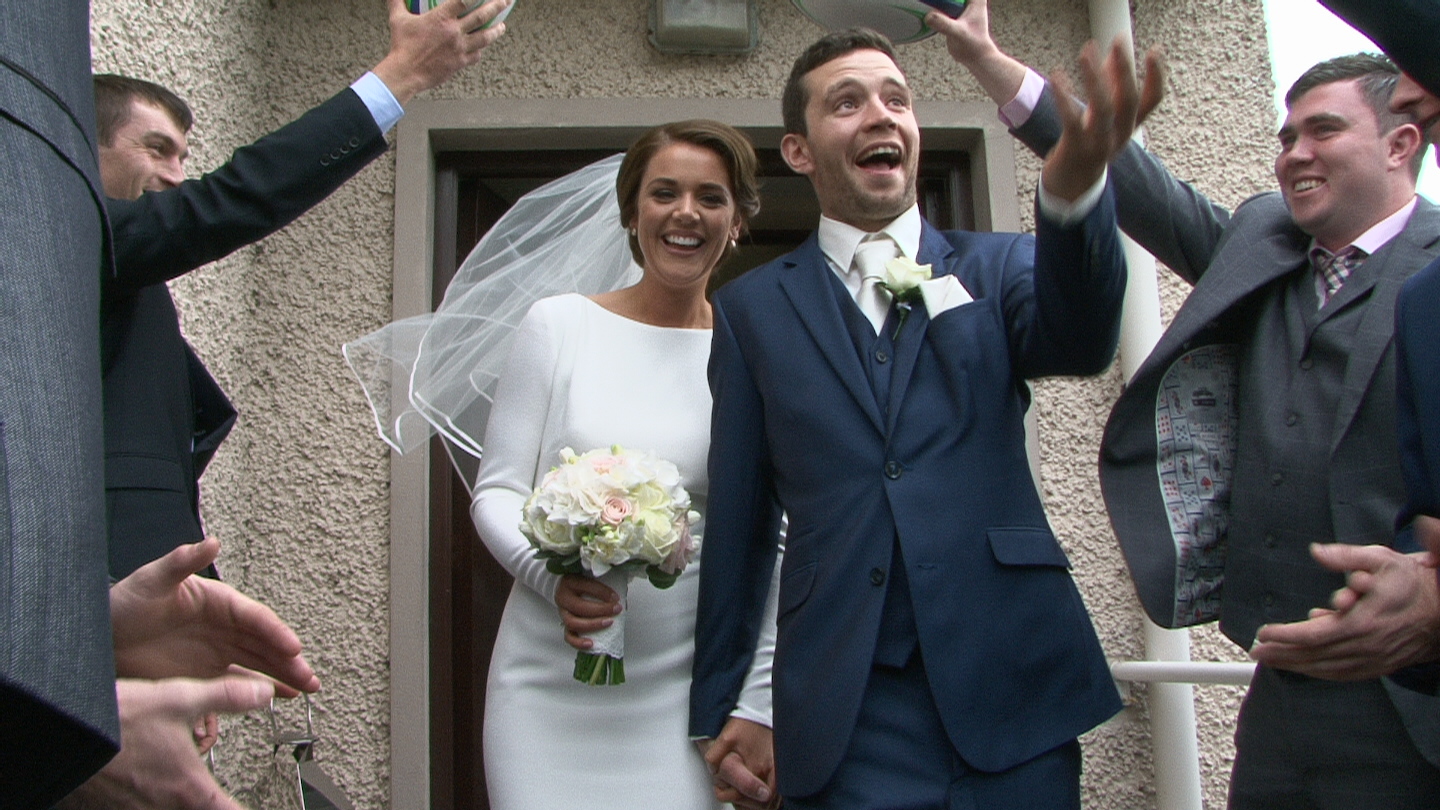 We booked Joe 2 years before our wedding.  From day one he has been an amazing person to deal with. Any queries we had he got back to us straight away. On the day itself it poured rain and being honest I woke up feeling disappointed but as soon as Joe arrived he promised us that the rain wouldn’t spoil our day and he was so right. He made us laugh when we were in rain getting photos and video shots taken, he put everyone at ease on the day and nothing was too much trouble for him. We received our DVD within a month and it was everything we hoped it would be. He has a talent of catching the special moments and smiles of people without them even noticing and this made the video even more special. I would recommend Joe 100% for your wedding video and if ours is anything to go by you will not be disappointed. Michelle Fahy